Here below are pictures of my models. All of them have been built from drawings. 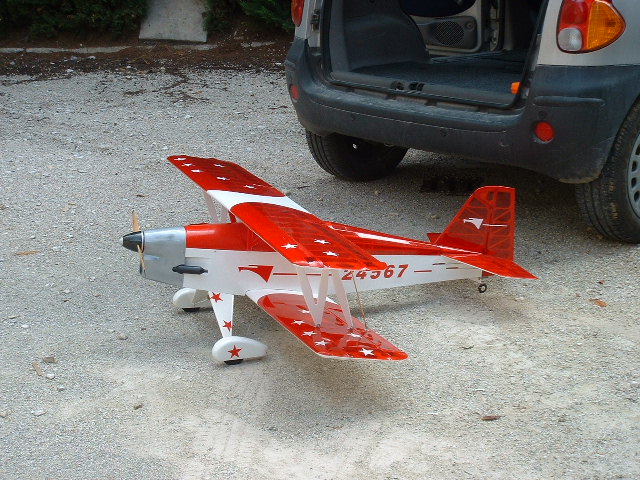 Solaris is a 1.6m wingspan bipe. It is entirely balsa and ply construction. Engine cowl is glass fiber, spinner is carbon fiber and aluminium, spats are foam and 27g/sqm glass fiber all self made.
Engine is a 4 stroke OS91. It is a 4 channels with 6 servos: 2 for the ailerons, 2 for the elevators, 1 for the rudder and one for the throttle. Weight before covering:3645g and before maiden flight: 3972g.
To know more about it follow the link: http://www.modelairplanenews.com/plan/fsp1202a.asp 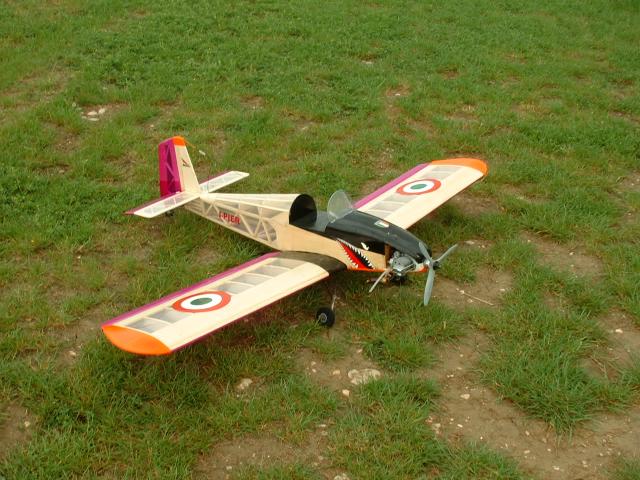 The Druine is a low wing airplane with wingspan of 1.65m. It is a balsa and ply model. The engine cowl is made of fiber glass.
It mounts a 4 stroke OS70. It is a 4-channel model with 4 servos: 1 for the ailerons, 1 for the elevators, 1 for the rudder and one for the throttle. Weights 2750g.
Drawing is from "Modellistica" N.8 Agosto 1986 took in turn from "Flying Models". I altered the wing profile from the original flat bottomed one to a NACA 2312. 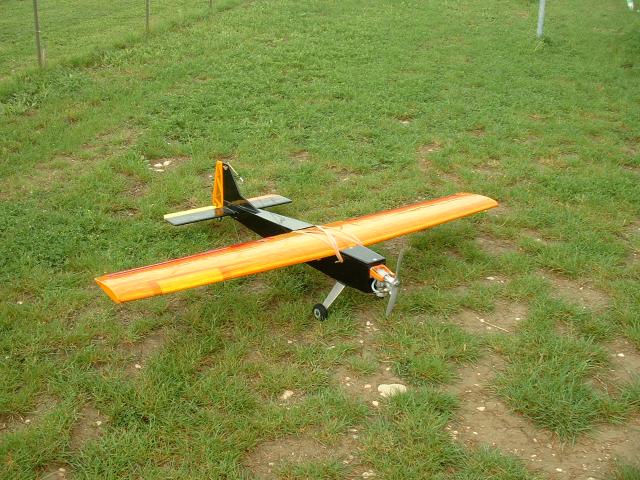 The Corvo  (the Crow) wingspans 1.75m. Fuselage is made of ply recycled from dodgy doors from a scrap heap. Wing is made from white light foam CNC cut covered with 0.5mm tanganica veneer. Landing gear is made from bent 4mm dural.

Engine is a Rossi 40. It is a 4 channel with 5 servos: 2 for the flapperons, 1 for the elevators, 1 for the rudder and  1 for the throttle. It weights 2750g.
Drawings were made on a cardboard and based on the "Merlo" model (Modellistica N.4 Aprile 1993) .  Wing profile is  NACA 2312. It is a very good mooded trainer but fast enough when you push the throttle stick. 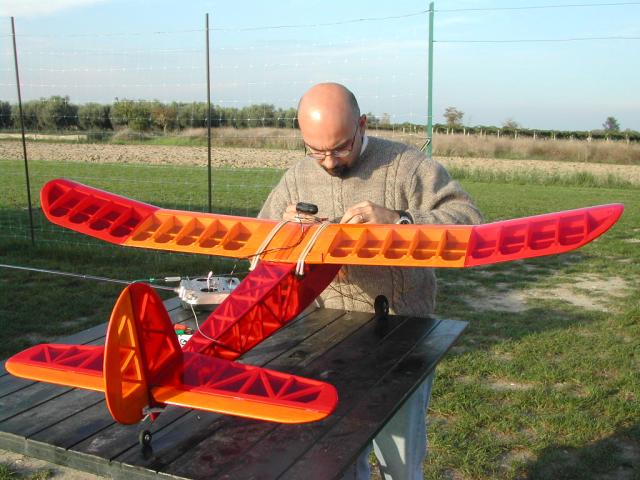 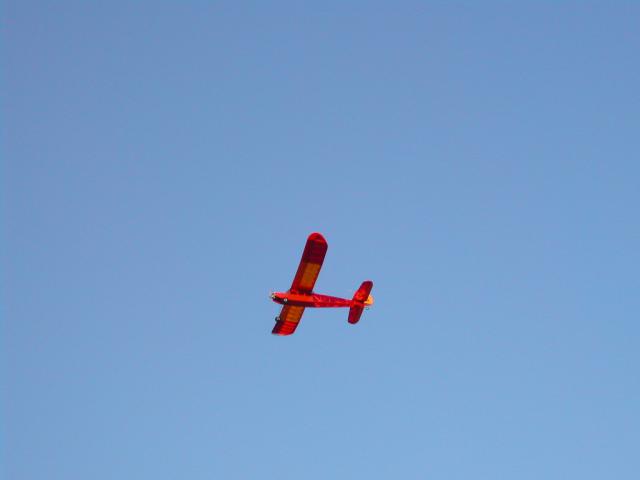 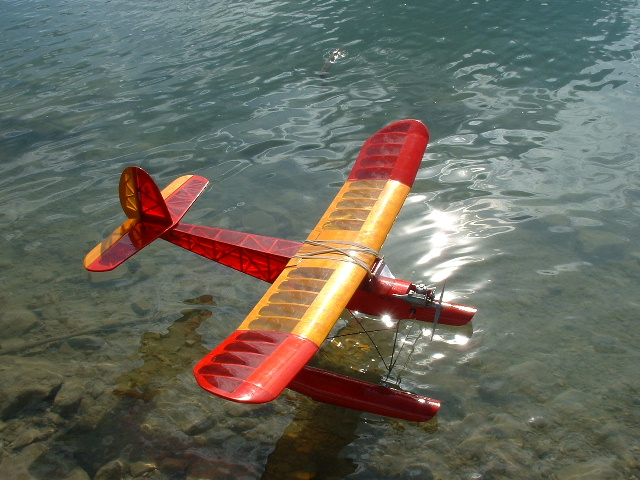 DG 183 is a single high wing spanning 1.60m. It is entirely blasa and ply construction. Main gear is made from bent music wire.
Engine is a Supertigre G20/15 Glow ... my first engine bought in 1982 (I the used it for U-control). It still works like a swiss clock! Model has three channels and three servos:  1 for the elevator, 1 for the rudder and one for the engine. Weight: 1250g with gear, 1427g with floaters.
Design is by Giulio Dorio (Modellistica N.1 Gennaio 1993). It is a very good trainer. 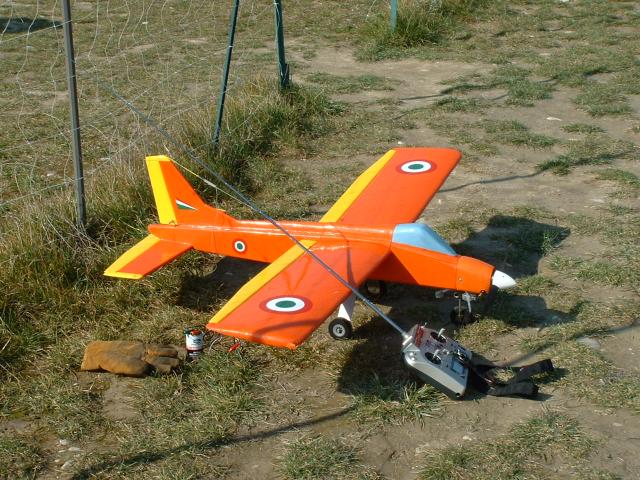 Salamander is a high wing plane with a wing span of 1.40m. Structure is balsa and ply. Main gear is 4mm dural. Wing is  ribs and spars covered with 1.5mm balsa sheets.


Design is by Massimo Formisano, published on "Modellismo" marzo-aprile 1995. Wing profile is a NACA 0015. It is a good trainer to fast flying (extremely fast when full throttle is given), yet very precise and docile when flying low speed. 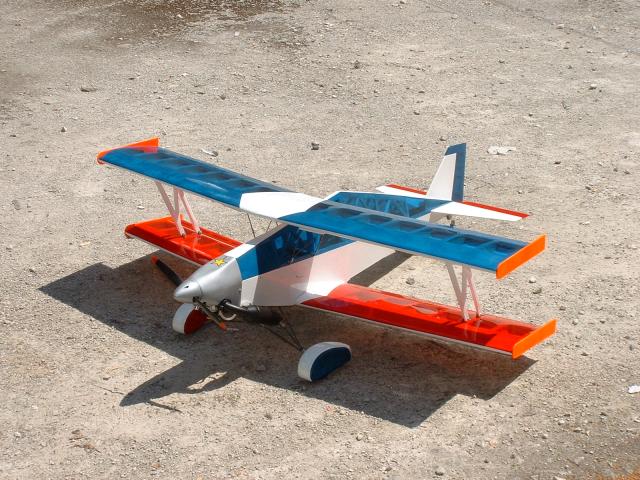 It is a bipe spanning 1.2m. Building is balsa and ply. Main gear is bent music wire, engine cowl and spats were made using glass fiber whereas the spinner was made using carbon fiber and aluminum (spinner plate CNC cut). Wings are ribs and spars with D-box.
Engine is a Rossi 45 running a 10x6 prop. Is has 4 channels and 5 servos: 2 mini-servos for the ailerons, 1 for the elevator, 1 for the rudder and one for the throttle. Wheight: 2685g.
Drawings are from Model Airplane News. Wing profile is biconvex asymmetric with 0 incidence on the upper wing and -1,5 for the lower wing. I had to struggle to get the right incidences using a laser device as even small errors revealed unforgiving in normal flight. 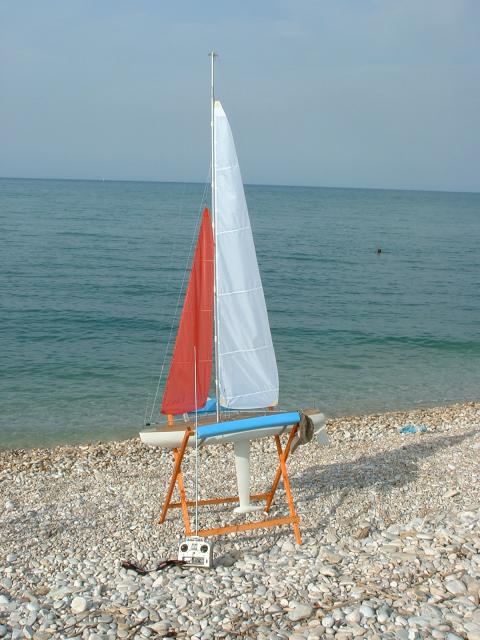 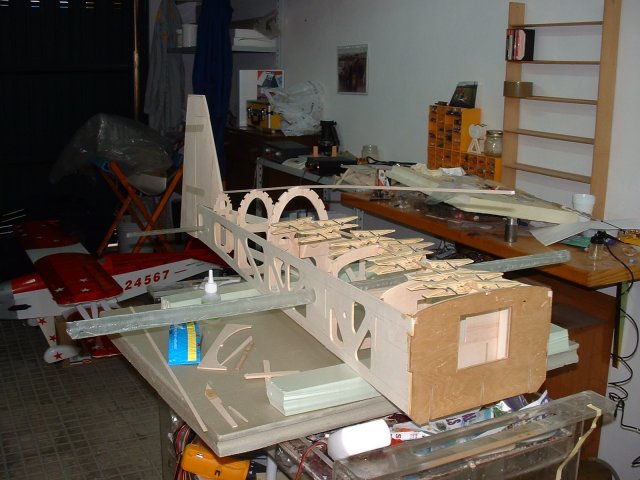 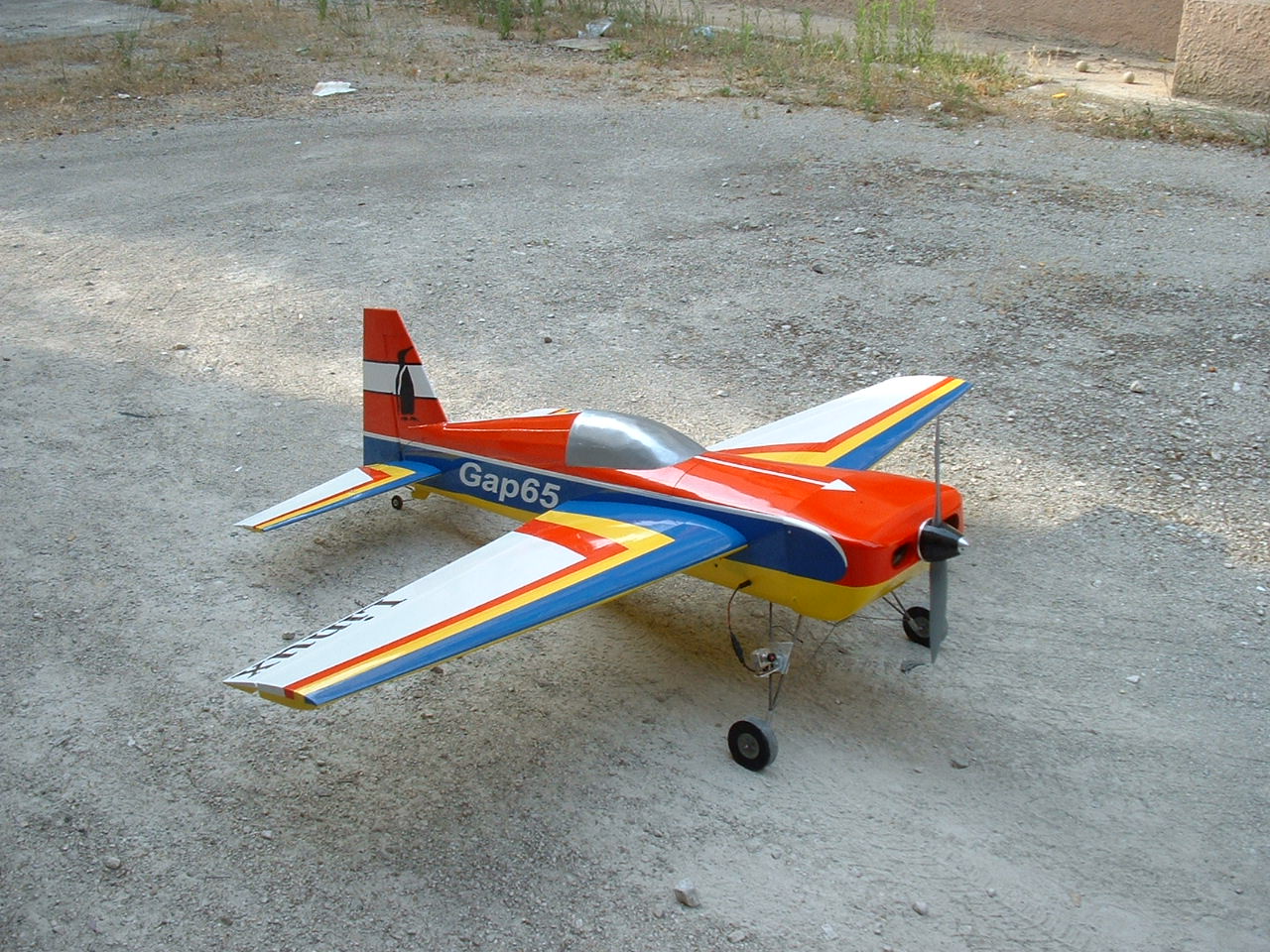 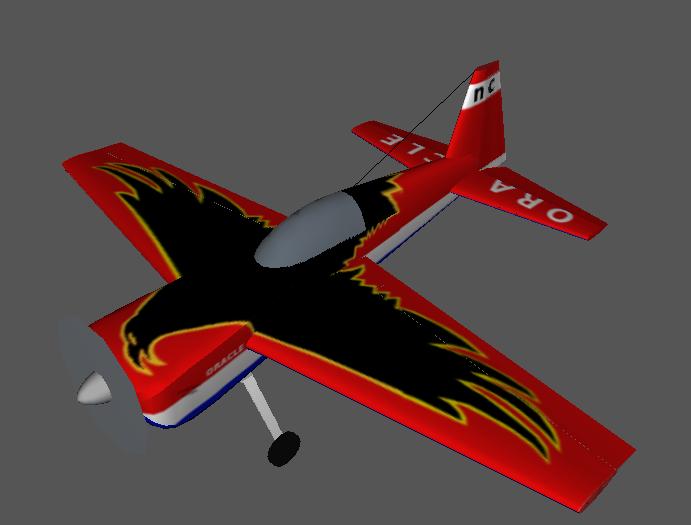 This was designed and built by me.
Weight: 4700g. Engine: YS120. Is has 4 channels and 6 servos. Maiden flight revealed better flying attitude than expected from the flight simulator tests.
Drawings and building sequence pictures are available. You can have a go with it by means of Crrcsim (http://sourceforge.net/forum/forum.php?forum_id=675061).
Crrcsim can be downloaded here: http://sourceforge.net/project/showfiles.php?group_id=8823